Home/How Prepared is Your IT Department for Attacks on IoT Devices?/Blog
Previous Next 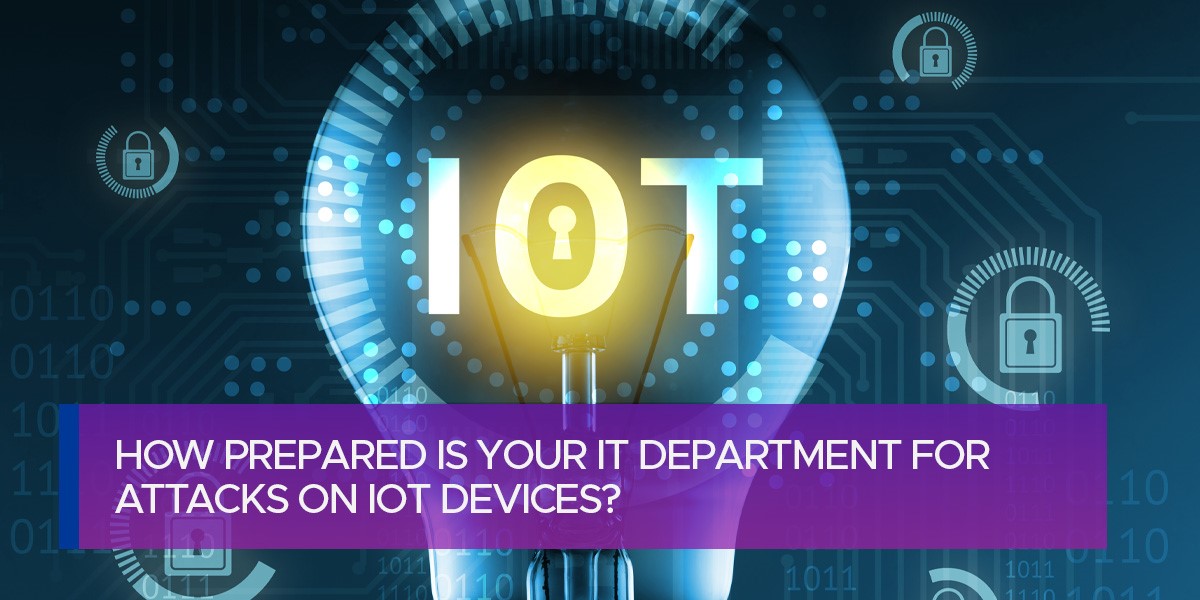 How Prepared is Your IT Department for Attacks on IoT Devices?

IoT devices are prevalent in an ever-increasing number of industrial settings, consumer products, and life-supporting medical devices. With such wide-spread adoption of this technology, cybercriminals are finding more ways to attack and take control of these critical devices.

As a technology device, IT departments are often charged with defending against IoT attacks that can penetrate vulnerabilities that may be inherent in their processors or software.

A Forrester study estimated that:

How prepared is your IT department for attacks on IoT devices?

What are IoT Attacks?

IoT devices are now embedded in equipment that may not even be on the minds of most individuals – even many IT security professionals are only recently recognizing the threat potential of attacks on the technology.

Just like desktop computers or smartphones, IoT devices contain processors and software elements that are subject to being compromised. Since they are made to communicate over internet protocols, they are just as vulnerable to cyberattacks.

IoT Attacks Can Take Many Forms

Many IoT environments consist of large numbers of devices working together to collect and forward data, such as embedded sensors on a manufacturing plant floor. Compromising the operation of such units can manipulate or destroy data, even bringing production to a standstill.

IoT attacks on medical devices can have disastrous results. Pacemakers, internal insulin pumps, defibrillators, and other medical IoT devices communicate with monitors or even remote medical offices to warn of malfunctions or medical alerts. If those functions are disabled or modified, there could be tragic consequences.

IoT attacks can focus on multiple vulnerabilities, referred to as the “attack surface”.

Manufacturers and businesses utilizing IoT devices can take several important steps to create an environment that is better prepared for attacks on IoT devices:

It’s critical to keep in mind that these devices may be thought of as having low impact or visibility, but those are the very attributes that make them attractive to attackers. Remember that they communicate over your network, and therefore must be as secure as desktops and other wireless devices.